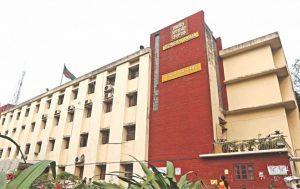 These days, when information technology and the internet are not far from our grasp, on hearing the name “Bangladesh Betar (Betar meaning radio in Bangla)”, one might ask, “Who would listen to Bangladesh Betar today?” You may contemplate that their programmes are not interesting enough for this day and age, or even term them “monotonous.” However, to your surprise, there are still a large number of people who feel nostalgic on just hearing the name of the shows that used to air in Bangladesh Betar.

‘Ganer Dali’ was the most popular song request show; ‘Ananda Ananda’ was one of the most extensive magazine shows or ‘Desh Amar, Mati Amar’, the programme that was cordially appreciated by the farmers. Though Bangladesh Betar might have lost its prior glory amongst the urban people, however, even today, it is serving its best to the people from the remotest or coastal areas of the country, to people who haven’t been introduced to modern technology yet.

Let us look back at the glorious history of Bangladesh Betar. To spread news of the World War II all over India, the British Raj introduced six radio stations under the ‘All India Radio’ (the then national public radio broadcaster of India). Under this project, on December 16, 1939, in a rented house at the Nazimuddin road of the old Dhaka (present Shaikh Burhanuddin Post Graduate College), the first ever radio station of Bangladesh began its journey. The broadcasting house consisted of only two studios. The 5 kilowatt medium wave transmitter (ranged 20-25 miles at night and 30-45 miles during the day time) was installed in Kallyanpur. Though formally it was called ‘All India Radio Dhaka’, it was familiar as the ‘Dhaka Dhwani Bistar Kendra’ to the people of Bangladesh.

In the history of Dhaka radio, the name that is often mentioned is Sree Trilochon Babu. He was the first broadcaster of the All India Radio Dhaka. Also, with the inauguration of Sher-e-Bangla AK Fazlul Huq, Chief Minister of the undivided Bengal, eminent singer Leila Arjumand Banu performed her first professional performance on that very day, at the age of ten.

Artists were required to go through the audition process in order to perform at the Bangladesh Betar. According to Banglapedia, many poets, writers, playwrights, journalists, presenters, musicians, composers and actors started gathering at the Dhaka radio with great enthusiasm to participate in their programmes. As a matter of fact, even famous artists from Kolkata radio would visit Dhaka as guest artists. Since there was no option of recording, the artists had to perform their dramas or musical performances through live broadcasting. The daily transmission would start from 5 pm and end at 10 pm. The news from Kolkata studio would be relayed for the Dhaka audiences.

Salahuddin Ahmed, the deputy director general (programme) at Bangladesh Betar, states that since 1939, the Betar has witnessed a glorious journey. “Even after so many ups and downs, its crucial role on the partition in ’47, on the language movement in ’52, on Indo-Pakistan War of ’65, on mass upsurge of ’69, on the liberation war in ’71, or even on stories after the ’90s has been crucial and highly appreciated,” he adds.

On February 8, 1960, with the name Radio Pakistan, today’s Bangladesh Betar was offered a modern broadcasting house at Shahbagh along with six studios. Today, the complex has 12 studios and has been functioning as the headquarters of Bangladesh Betar. In 1970, after the stunning victory in the Pakistani general elections, Bangabandhu Sheikh Mujibur Rahman, the father of the nation, announced the results of the elections from this very establishment.

Within 1970, Radio Pakistan was able to expand its transmission by installing regional stations in Chittagong and Rajshahi (1954), Sylhet (1961), Savar (1963), Rangpur (1967) and Khulna (1970). Even today, all these regional stations play a vital role in carrying forward the information on culture, traditions and heritage of the land to isolated areas of the country. Acting as a medium of creating opportunities for new talents, the radio emerged as the most popular and powerful tool and the prime source of news, education, cultural dissemination and entertainment. Various programmes on topics ranging from farm broadcast, children, health and family planning, self-employment, disaster management, weather forecast and rural development are still found to be very effective and helpful by the people of the marginal communities.

The contribution of Bangladesh Betar is best depicted through the role it performed during the Liberation War. “When the Pakistani government took the step to not broadcast the historic speech by Banganandhu Sheikh Mujibur Rahman on March 7, 1971, all artists, officers and staff members boycotted the transmission and left the station,” says Salahuddin. “Normal transmission began at 8 in the morning on the next day, when the Pakistan military authority agreed to put the historic speech on air,” he adds.

Though the Dhaka station was closed immediately after the genocide on March 25, 1971, the broadcasters of the Chittagong station played a genius role by broadcasting the call of Independence on behalf of Bangabandu Sheikh Mujibur Rahman, terming itself as the Swadhin Bangla Biplobi Betar Kendra (Revolutionary Radio Centre of Independent Bangladesh). Throughout the nine months of the liberation war, the artists’ nationalist spirit helped elevate the optimism of the freedom fighters.

After the independence, Bangladesh Betar began its journey as the national radio. In 1983, the station shifted to the National Broadcasting House, Agargaon. Today, to compete with other means of communications, Bangladesh Betar has been using 12 FM transmitters, along with the 71 Studios and 15 medium-waves and three short-waves around the country. Also, they have been trying to set up 12 more FM transmitters soon, to cover the whole country. Apart from these, they are conducting phone-in-sessions, news of the missing, internet based programmes, and many other public broadcasting services, along with being involved in assisting the 17 community radios of the country.

The authority of Bangladesh Betar believes that they are still successful in holding their target audience, since they come up with unique programmes for the people from every corner of the nation. As always, it is still trying to stay eternally in touch with the people of Bangladesh.