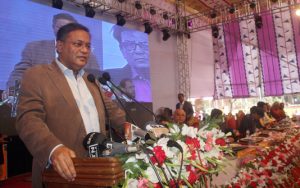 “The Betar will broadcast such programmes which will help build a developed nation. The programmes will develop the nation, its people and the society,” he said while inaugurating the rally and other programmes of Bangladesh Betar at Jatiya Betar Bhaban in city’s Agargaon.

Praising the role of Betar to encourage the country’s people during the Liberation War, Hasan said Bangladesh Betar will live forever.

He said Bangladesh is moving towards the path of development and peace under the dynamic leadership of Prime Minister Sheikh Hasina. 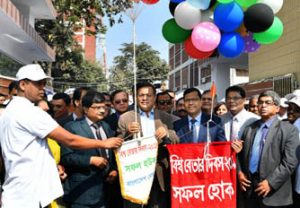 “Some people of the country have not accepted the development. But the world community including the USA president, World Bank President and novel prize winner eminent economist Dr Amartya Sen mentioned that Bangladesh is a role model of development.” He also urged all to work together to continue the pace of development.

Information Secretary Abdul Malek and Director General of Bangladesh Betar Narayan Chandra Shil, among others, were present at the function.